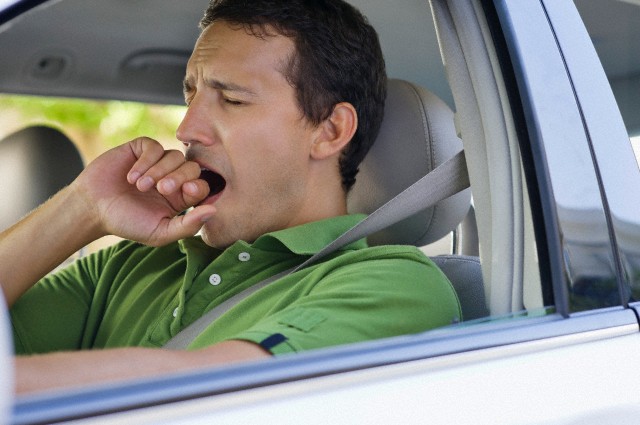 A new study by the Triple A (AAA) Foundation for Traffic Safety shows that one in four motorists report having recently had a drowsy episode while driving, meaning they were either too fatigued to drive, or fell asleep. According to AAA, motorists ages 19 to 24 were the most likely to report driving dangerously drowsy at 33 percent, while the oldest drivers (ages 75+) and the youngest (ages 16 to 18) were the least likely to report having done so.

Experts say that drowsy driving can be just as a dangerous as driving while under the influence of alcohol. Studies show that an estimated 17 percent of fatal crashes, 13 percent of crashes resulting in hospitalization, and 7 percent of all crashes requiring a tow involve a drowsy driver. Even more concerning is the fact that while 95 percent of drivers agree that driving while drowsy is dangerous, yet 41 percent decide to do it anyway. According to Ragina C. Averella, Manager of Public and Government Affairs at AAA, “Drowsy driving continues to remain a significant threat to all road users. Many drivers underestimate the risk of driving while extremely tired, and overestimate their ability to deal with it, and no matter how good a driver you are, fatigue and lack of sleep will impair your driving abilities.”

Warnings signs that may signify drowsiness while driving include:
• The inability to recall the last few miles traveled • Having disconnected or wandering thoughts • Having difficulty focusing or keeping your eyes open • Feeling as though your head is very heavy • Drifting out of your driving lane/driving on rumble strips • Yawning repeatedly • Accidentally tailgating other vehicles • Missing traffic signs
Drivers who experience any of these symptoms should stop driving. Other than the usual suggestions to “get enough rest” and “get enough sleep,” Triple A has a few other recommendations such as stopping every two hours, avoiding heavy foods, and keeping track of medications you’re taking. The Federal Office of Traffic Safety recommends planning ahead to reduce the risk of drowsy driving. This starts with ensuring drivers have adequate sleep to maintain proper alertness during the day.

As attorneys who represent victims involved in catastrophic automobile collisions, we have seen far too many people seriously injured as a result of avoidable crashes. Anytime someone suffers a significant injury in an automobile collision it is a tragedy, but it is particularly heartbreaking when the injury is caused so needlessly. We can only hope that drivers in Georgia and throughout the country will take note of the dangers drowsy driving and take the appropriate precautions.