After DePuy Orthopaedics, a subsidiary of Johnson & Johnson, recalled two models of its metal-on-metal hip replacement products in August of 2010, thousands of lawsuits were filed against the product manufacturer.  DePuy Orthopaedics recalled its ASR Acetabular System and the ASR Hip Resurfacing System after reports of high rates of failures by the products, leading to the patients needing revision (removal) surgery.  Similarly, Stryker Orthopaedics recalled in July of 2012 its Rejuvenate and ABG II hip implant products after multiple reports of produ 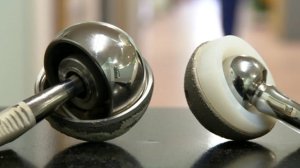 ct failures due to heavy metal fretting and corrosion.  Thousands of lawsuits were also filed against Stryker thereafter.

There were essentially two classes of victims involved in the litigation.  The majority of the lawsuits were filed on behalf of individuals who had suffered injuries, including loosening or instability in the hip joint, dislocations, difficulty walking and moving the hip properly, pain, inflammation or swelling in the area of the hip implant, tissue destruction or tissue necrosis, and elevated levels of cobalt and chromium in the bloodstream, a condition known as metallosis.  These individuals had to undergo revision surgery or surgeries during which the metal-on-metal hip implant was removed and replaced with a more traditional hip replacement product that utilized a metal femoral head with a plastic liner in the cup.  Many of the lawsuits that were filed on behalf of individuals who had already undergone revision surgery or surgeries have settled.  A substantial number of lawsuits remain pending on behalf of individuals who were surgically implanted with these defective hip products, but who have not yet undergone revision surgery.  These individuals have not yet had revision surgery because the injuries and problems resulting from metal-on-metal have not yet manifested themselves, or the patients have symptoms or problems, but their physicians have not yet recommended revision surgery.

One of many problems associated with metal-on-metal hip replacement products was the corrosion or fretting caused by the metal femoral head (ball) rubbing against the metal cup.  The constant rubbing of the two metal surfaces caused scratching or corrosion of the femoral head, acetabular liner, and/or the metal cup.  This resulted in metal debris or particles known as ions getting into the bloodstream and adjacent tissues, contributing to implant failure and tissue destruction.  The metal components of the hip replacement products contain cobalt and chromium.  When metal ions containing cobalt and/or chromium are released into the bloodstream or adjacent tissue, these particles are toxic to soft tissue, bone and muscle.  In essence, this poisons the hip joint.  The term “metallosis” has been used to describe excess levels of cobalt and/or chromium in a victim’s bloodstream.  Surgeons who have removed the defective hips have seen and documented the extensive tissue destruction and necrosis surrounding the hip implant area.

It has been estimated that 1,000,000 metal-on-metal hips were implanted in the United States.  In addition, it has been estimated that there are approximately 500,000 modular stem/neck implants involving metal-on-metal  parts.  That means that there could be as many as 1.5 million individuals who are at risk for experiencing injuries and problems related to these medical products.  To date, approximately 40,000 claims or cases have been brought against various manufacturers of metal-on-metal and modular hip implants.  These lawsuits have yielded in excess of $4.4 billion to compensate the victims.

It is anticipated that many other individuals who were surgically implanted with metal-on-metal hip replacement products will eventually sustain injuries and require revision surgery.  Those individuals will need to hire competent attorneys to represent them in their defective product cases, so that steps can be taken to protect their rights.  For example, the patients who file lawsuits against the manufacturers are under an obligation to preserve and protect the chain of custody for the surgically removed hip products, so that experts will have access to those products during the litigation.  A competent hip replacement attorney will know the proper steps to take to obtain and preserve the explanted products following the revision surgery, and file a lawsuit in the appropriate Court.

The most publicized cases involved the products of DePuy Orthopaedics and Stryker Orthopaedics.  However, there are many other metal-on-metal hips or modular hip implants that were used and which are the subject of ongoing litigation.  The list includes the following:

It is recommended that individuals with metal-on-metal hips who have not yet experienced medical problems should nevertheless have regular bloodwork done to check for elevated levels of cobalt and chromium.  In such cases, the patients’ orthopedic surgeons will often order an MRI to look for signs of tissue destruction around the hip implant.  When patients have elevated cobalt and chromium in their blood and/or radiologic evidence of tissue destruction surrounding the hip implant, their orthopedic surgeons will often recommend revision (removal) surgery.

Even though settlements have been reached in many of the cases filed against the manufacturers of metal-on-metal hips and modular hip implants, lawsuits continue to be filed in the Courts.  The defective product attorneys at Suthers & Harper have represented more than 50 individuals who were surgically implanted with metal-on-metal hips in lawsuits against DePuy Orthopaedics, Stryker Orthopaedics and other manufacturers of hip replacement products.  The law firm has successfully resolved a large number of these cases, and continues to investigate and pursue cases on behalf of individuals who have suffered injuries as a result of defective hip replacement products.  If you or a loved one believe you have suffered injuries as a result of one of these hip implant products, or your orthopedist has recommended revision surgery to remove the defective hip replacement product, contact the experienced defective product attorneys at Suthers & Harper on our toll free number, 1-800-320-2384, or complete and submit the contact form on this website, for a free consultation.