NBC News reported this week on the number of nursing home patients who are transferred to hospitals and subsequently die from sepsis, a potentially life-threatening complication of an infection.  Sepsis often occurs when an infection is untreated or treated inadequately.  Sepsis occurs when chemicals released into the bloodstream to fight the infection cause inflammation throughout the entire body instead.  Severe cases of sepsis can lead to septic shock, which is characterized by very low blood pressure, and is a medical emergency.

A private healthcare data firm, Definitive Healthcare, conducted a special analysis of data related to nursing home patients who were transferred to hospitals and later died.  The analysis revealed that approximately 25,000 patients a year had developed sepsis while in nursing homes across the U.S.  Definitive Healthcare looked at Medicare billings from 2012 through 2016, and concluded that the treatment of this life-threatening condition costs Medicare more than $2 Billion a year.   These numbers show that sepsis is a huge public health problem in the U.S.

END_OF_DOCUMENT_TOKEN_TO_BE_REPLACED 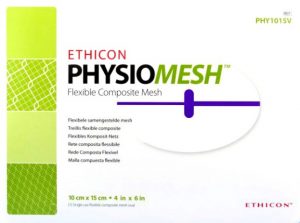 Suthers & Harper continues to investigate claims of those seriously injured by Ethicon Physiomesh, a device used in hernia repair procedures. A hernia is a bulge of body tissue that occurs through an opening within the abdominal wall muscles. A hernia, which can occur in any location on the abdominal wall, is caused by weakness or thinness of the abdominal wall, and is often repaired using surgical mesh, such as Ethicon Physiomesh.  Unfortunately, there have been numerous serious complications reported across the country associated with Ethicon’s Physiomesh product.

In May of 2016, Ethicon announced a global market withdrawal of the Physiomesh Flexible Composite Mesh product.  The removal of the mesh product from the market came after two European databases that showed Physiomesh was associated with higher rates of hernia recurrence and revisions compared to similar patches when used in laparoscopic ventral hernia repairs.

As of October 13, 2017, there were 116 lawsuits pending in the Multi-District Litigation (“MDL”) proceeding in the United States District Court for the Northern District of Georgia. MDL proceedings are meant to streamline and consolidate numerous cases filed against the same defendant.  These suits allege that the use of Ethicon’s Physiomesh in hernia repair procedures resulted in complications such as pain, infection, hernia recurrence, adhesion, intestinal blockage, mesh migration, mesh shrinkage, and the need for revision surgeries. There are also allegations of permanent internal organ damage as a result of complications associated with Physiomesh.