Medical errors are now the third-leading cause of death in the United States, claiming more than a quarter of a million lives every year, more than lung disease, breast cancer, AIDS, plane crashes, drug overdoses, stroke or Alzheimer’s, according to a recent study published by the British Medical Journal. Diagnostic mistakes, lack of communication between treating physicians, inadequate discharge instructions, and incorrect medications are among the leading issues listed as contributing to these fatal medical errors. Only heart disease and cancer take more lives in the United States. 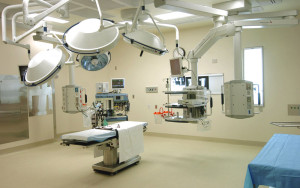 The study, led by Johns Hopkins surgeon Dr. Martin Makary, believe there needs to be changes in the way deaths are recorded to better tabulate fatal lapses in care to address this very serious problem. “We’re talking about patients dying from the care that they receive rather than the disease or injury for which they seek care. We’re talking about things that happen that shouldn’t happen,” said Dr. Makary. In an open letter, the researchers urge the Centers for Disease Control and Prevention (“CDC”) to immediately add medical errors to its annual list reporting the top causes of death.

The study discusses the difficulty in actually tracking the number of medical deaths that come about as a result of physician or hospital error.  This is due to the fact that there are no federal or state requirements for reporting when a patient dies as a result of a medical error. Moreover, the CDC currently has no good way of tracking deaths that result from medical mistakes.  The agency’s death statistics are pulled from the International Classification of Diseases codes that appear on death certificates. These codes were instituted in 1949 and do not include any that indicate a death was the result of a mistake in the hospital. As a result, the researchers believe the study’ actually understates the true incidence of death due to medical error because it relies on errors extractable in documented health records and includes only death that occurred inside of a hospital.