A particularly disturbing story came out of Winston Salem, North Carolina last month.  Three North Carolina assisted living employees were arrested for encouraging patients to get into fights for their own entertainment, according to a report from the North Carolina Department of Health and Human Services

North Carolina authorities were able to obtain at least one video of the fights taken by the employees after it was shared on social media, which showed “one resident being strangled with her face turning red.”  The report says staff members can be heard on video saying, “Punch her in the face.”  A staff member can also be heard saying, “Are you recording? You gonna send it to me?”

The three employees, Marilyn Latish McKey, 32, Tonacia Yvonne Tyson, 20, and Taneshia Deshawn Jordan, 26, were all arrested and charged with assault on an individual with a disability.  After their arrests, the employees told authorities that they let the fight happen because one of the residents “always caused problems.”

END_OF_DOCUMENT_TOKEN_TO_BE_REPLACED 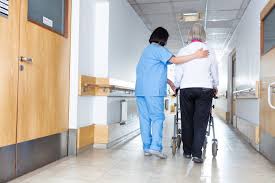 Nursing home facilities in Georgia, and around the country, are evaluated on a routine basis by the Centers for Medicare and Medicaid Services (CMS), as well as state agencies that regulate nursing homes. The purpose of the evaluations is to determine whether nursing homes are ensuring resident safety by complying with federal and state nursing-home care regulations. Nursing homes may only participate in Medicare and Medicaid reimbursement programs when they are abiding by these regulations. When facilities perform poorly, they are closely watched by CMS. Those facilities that receive the worst evaluations and provide the poorest care to their residents are known as “Special Focus Facilities.” These nursing homes receive special attention from regulators and must show improvement in their quality of care or they will lose their Medicare and Medicaid funding. If you or a loved one require nursing home care, you should know which nursing homes are considered to be among the worst in the country.  The most recent special focus facilities list is available here.

Currently, there are only a couple of Georgia nursing home facilities on the current list, including Pleasant View Nursing Center in Metter, and Chulio Hills Health and Rehab in Rome.  They are both shown on the list as “facilities that have shown improvement” since first being named a special focus facility.

If you have a loved one staying at a nursing home that is a Special Focus Facility, or you are thinking of sending your loved one to one of these facilities, there are several things you may want to do to help ensure his or her safety and well-being: