A recent study performed by researchers at Florida State University found that receiving cell phone notifications, such as a ringtones, vibrations or alarm bells, while operating an automobile can be just as distracting and dangerous as talking or texting while driving.  This is the first study to examine the relationship between of cell phone notifications and mental performance. 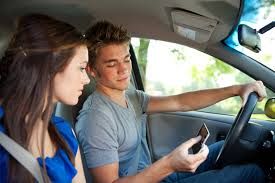 rs, who published their findings in the Journal of Experimental Psychology: Human Perception and Performance, determined that when your cell phone sends out an alert, your mind starts to wander and lose concentration.  “The level of how much it affected the task at hand was really shocking,” FSU researcher Courtney Yehnert said.  “Although these notifications are generally short in duration, they can prompt task-irrelevant thoughts, or mind-wandering, which has been shown to damage task performance.  Cellular phone notifications alone significantly disrupt performance on an attention-demanding task, even when participants do not directly interact with a mobile device during the task.”

The National Highway Traffic and Safety Administration reported in April 2013 that an estimated 660 thousand drivers use cell phones or electronic devices while driving at any given daylight moment in spite of the fact that 44 states and the District of Columbia have outlawed texting while driving. Unsurprisingly, the National Safety Council has found that twenty five percent of all traffic accidents are caused by distracted driving, specifically cell phone use while driving.